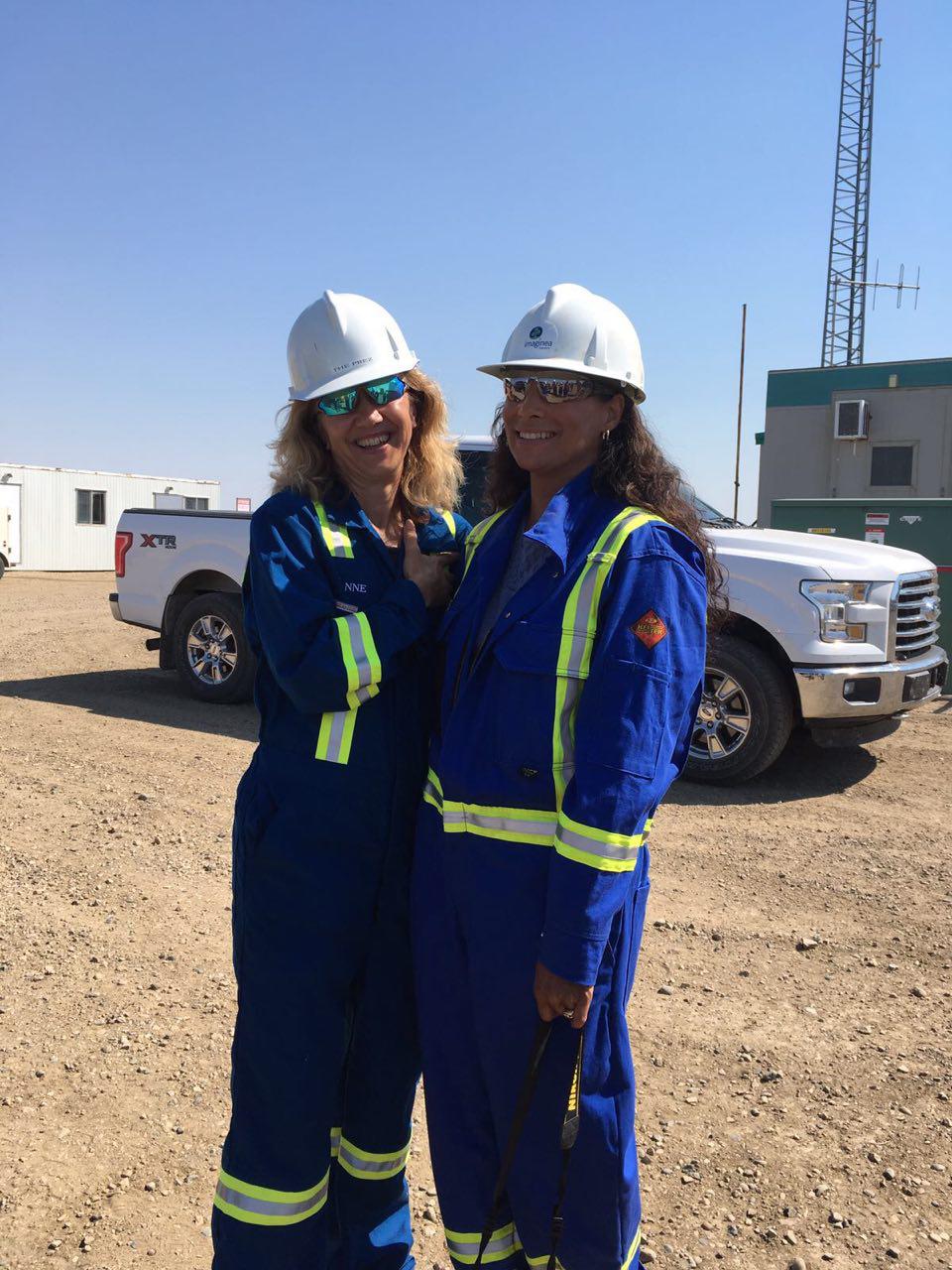 From Startup to Gamechanger: My Path to Commercialization

From Startup to Game Changer: My Path to Commercialization

I was with my young son the other day, unwinding and spending some quality time while watching a show on the Discovery Channel – one of those nature programs with a soothing British narrator. Turtle eggs were hatching on a beautiful Caribbean beach; as thousands of tiny babies raced across the sand, dodging hungry birds to reach the safety of the water, he said something like; “Just a tiny fraction of hatchlings will survive – that’s why nature ensures there are so many of them.” And it hit me – that’s just like technology companies.

There’s no shortage of brilliant, inventive ideas, and thousands of innovative companies right here in Alberta that have every chance of making it big. In the end, so few of them will succeed in that giant leap from a creative concept to a real-world product with customer orders (and happy investors). There are so many challenges in the way – like financing, obtaining grants, finding the right employees, and getting buy-in from industry. So, then what makes the most significant difference in whether a technology company will make it to market? I think I know, at least in my experience.

‘Everyone’s heard the quote by Thomas Edison that the ”genius” idea behind an invention is “1% inspiration, 99% perspiration”. While it’s true that commercializing technology is an unbelievable amount of work, often 12 hours a day and seven days a week, I think that my inspiration percentage has been a lot higher than that. It’s not just about coming up with the idea itself – but how the people around me have deeply inspired me to push harder, overcome obstacles and have true faith in myself and the company.

I needed a lot of faith and backing to get ACI to where it is today. When my father Darsell and I founded Absolute Combustion International (ACI) together, we were both driven by a passion for making our greener, safer and more efficient combustion technology a reality. He had instilled in me his fantastic understanding of business and strong work ethic from a young age, and I mean young, he started mentoring me in business when I was only three years old.

It was a dream to work together toward a common goal. He had told me when I was three; “When you become 21, we will write a business plan and go into business together”, and we did exactly that. Despite the challenges of the time, as I was now a young single mom, I started ACI with him right on schedule. I was a life-altering devastation to lose him only a decade later at the age of 31 and ACI was so close to realizing its potential. After being suddenly thrown into leadership of the company, I had to navigate this new and challenging terrain without my closest ally, father, mentor and best friend.

Still, people believed in me and ACI’s promise. The person who helped our vision truly come to life was Imaginea founder Suzanne West, my mentor and dear friend. Within two years of my father’s passing, she helped me commercialize our burner in the oil & gas industry through her investment, facilitating our partnerships with a large producer, helping us conduct another successful field trial, and was my advisor on critical issues like building a market and technical development. A true collaborator, she made me understand how essential good relationships and a foundation of trust is to commercializing technologies.

Suzanne lived by what she called the ‘3 ‘P’s’ – people, planet and profit, in that order. She also taught me that being an entrepreneur might be one of the hardest jobs there is, but ‘it’s not a zero-sum game. You can still have a life – be a mom, a wife, and a friend – and balance it all, just as long as you’re willing to work harder than you ever thought possible. She gave me courage in what was at times an intimidating business, always pushing me never to be afraid to ask for the deal I wanted. Devastatingly, Suzanne passed away only a few years later, in a very similar manner to my father.

Suzanne and her lessons are always on my mind and her kindness forever in my heart. With the support of Suzanne, my team and our incredible investors, ACI proved that our combustion technology could be a game-changer for the oil & gas industry. We burned cleaner, cut emissions and were excited about our opportunities to expand in the industry. However, with the downturn in Alberta’s energy sector, our market started to face significant economic challenges, and ACI needed to diversify or risk failing. Then, through my network, we had a unique opportunity for something I’d never imagined: aerospace.

Three years ago, ACI began a partnership with the Edmonton International Airport (EIA), Their Vice President of Operations and Infrastructure; Steve Maybee asked us to partner with them to develop a better heating solution for airplanes in cold weather climates – a significant cost and source of delays in aviation. Rare for an airport, they worked with us closely at every step of the way from concept to the final product, helping us understand market needs and strict compliance requirements. After years of hard work, we were so proud to have just announced our jointly developed product’s success and our first EIA orders (release link). Every step of the way, the story of ACI has truly been all about people and how we will help the planet.

When commercializing new technology, I think it’s essential to follow these seven guidelines:

1.    Find partners that share your vision and passion for the company

2.    Build close and trusted relationships with your investors

3.    Hire dedicated people who genuinely believe in your technology

4.    Seek out guidance and advice from experienced mentors

5.    Always keep your relationships with your future customers in mind

6.    Cultivate strong ties with agencies who want to see you succeed

7.    Create a broad network to be able to reach diverse markets

As ACI looks ahead to growing success here in Alberta and upcoming international launch with our EIA partnership, I want to express my heartfelt gratitude to all the fantastic people around me who have helped our technology get from concept to market. We could never have done it without your dedication. There were so many times when I faced the terrible idea that despite my absolute belief in our technology’s value, we might not be one of those hatchlings fortunate enough to make it to the water. But at every turn, it was the strength of people around me that kept ACI going. And now, another project I’m embarking on follows so many of the same lessons.

Blockchain is growing in application and showing incredible promise, but it’s still an early-stage technology and companies have a lot of hurdles to overcome. My company Bitquest Corp. had success focusing on mining and education, while the non-profit Alberta Blockchain Consortium (ABC), where I’m Executive Director, took a completely different path. Our role is to help the adoption of blockchain in Alberta’s industries and build a thriving ecosystem, because when blockchain becomes major commercial technology, it’s going to be able to transform Alberta’s industries and economy for the better. Just like with ACI, the ABC’s success in helping blockchain technologies reach the market will take a common purpose, inspiration and a lot of hard work.

The ABC is also my way of honouring the legacy of the woman who believed in me, my technology and my father’s vision. Suzanne West founded the idea for the ABC, and when I was asked to take it on to preserve her legacy, I leaped at the chance. Sadly she never had an opportunity to do more than conceptualizing the idea, but using the lessons Suzanne and my father taught me, I was able to take it from a small 400 person mailing list to a formal Not for Profit. Her dream is now the largest blockchain organization in Alberta with support from some of the largest national companies in Canada.

My thanks go out to the Alberta Blockchain Consortium’s incredible leadership, members and supporters, who are truly helping build the future of an entirely new industry. Commercializing technology is one of the most challenging things there is, no matter what the sector. But by unifying and working together, I know that everyone will have a better chance of successfully making that difficult journey across the sand.