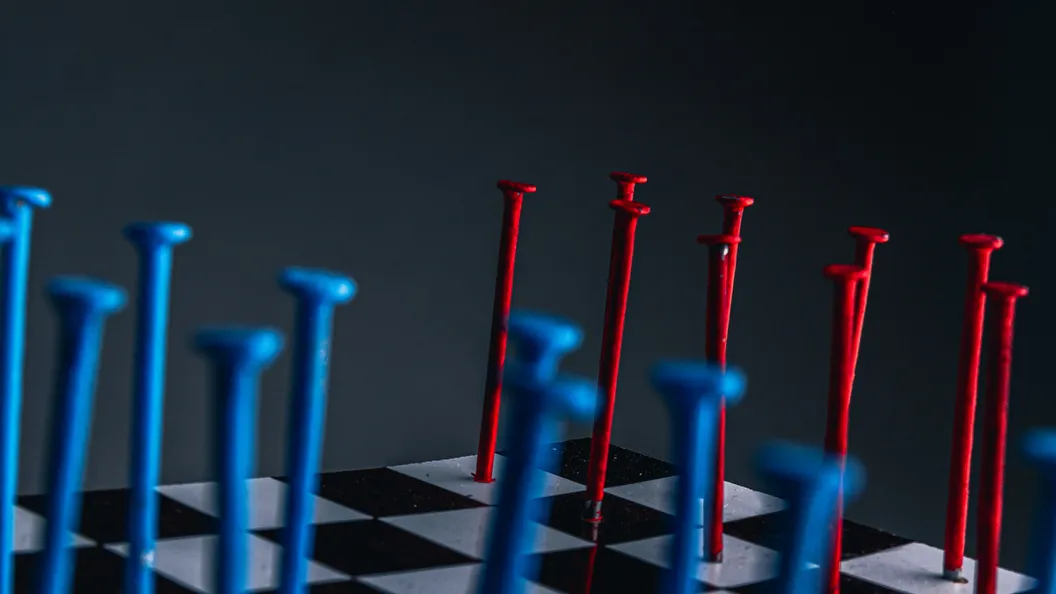 Blockchain is More Important Than Just a Partisan Issue

The political spectrum has become more polarized since the pandemic, and we can’t risk beneficial technologies getting caught in party politics.

The current level of political division in Canada is growing. It’s sad too see a country known for its cooperation and strong communities fall into the trap of identity politics and angry rhetoric, but surveys are showing that Canadians are further apart on key issues than they were before the COVID-19 pandemic. Especially over the last year, blockchain technologies like cryptocurrencies have been wrapped up into this trend of polarization, and it’s a big mistake.

It’s absurd to me that a technology used by so many diverse people should be seen as falling on one side of our political divides. Innovation shouldn’t be partisan – I love how US-based Blockchain Association Executive Director Kirsten Smith put it in a recent article: “the reality is that crypto doesn’t have a natural partisan bent – it is a universal tool that has the potential to benefit everyone in every community.”

What are some of these benefits of blockchain? It’s a technology that makes so much new innovation possible – shared, encrypted databases that protect user privacy while making data trustworthy and transparent. Bitcoin was the first commercial application of blockchain, but it has evolved to improve countless other aspects of our world.

Decentralized cryptocurrencies can support economic freedom from political repression, damaging government policies or wartime crises. Smart contracts, crypto, and tokens can catalyze new economic development, especially in financial services, but also in sectors like energy, manufacturing, and trade. It’s a technology with so much promise to solve some of our biggest problems, like financial inequality, food security, and even online censorship.

None of those benefits purely affect one side of the political spectrum – and many of the issues blockchain can address are social concerns associated more with the left, making it no surprise that one survey found that Canada’s crypto users lean slightly towards the Liberal party.

“The reality is that crypto doesn’t have a natural partisan bent – it is a universal tool that has the potential to benefit everyone in every community.”

But so far, the strongest Canadian political support we’ve seen for blockchain, especially Bitcoin, is from the right side of the fence– and I applaud politicians from either side of the aisle who have recognized that this is a technology that Canada needs to understand, regulate, and integrate into its economy.

In Alberta, our United Conservative Party has been supportive of the growth of our crypto asset sector, with policies like the Financial Innovation Act and its Fintech Regulatory Sandbox, which has drawn new capital and companies from blockchain finance to the province, and created a way for the cryptocurrency industry to progress with new products and services while regulators contend with developing policies that fit their unique needs.

Most prominently, Conservative leader Pierre Poilievre, who won 68% of his party’s vote in September, has been a champion of Bitcoin as an alternative to inflationary central bank policies. A Bitcoin investor himself, Poilievre’s forward-thinking ideas on cryptocurrency were a definite contributor to his attraction to younger generations, a new trend for the Conservative party.

Prime Minister Trudeau, in response, went on the attack against Bitcoin, calling Poilievre’s support for it “reckless”, and saying that Canadians can’t choose to opt-out of inflation by investing in cryptocurrencies. While Trudeau has not been very vocal on his position towards crypto, his government’s court-ordered freezing of the Freedom Convoy’s Bitcoin donations had previously signalled a less than friendly attitude towards DeFi, raising questions about whether the Liberals could turn against the entire industry.

So far, support is found near the right, and opposition on the left – however, crypto users don’t fit into neat political categories. An Ontario Securities Commission study recently found that 13% of all Canadians own Bitcoin or other crypto. Around the world, adoption rates are quickly rising, with 320 million crypto users globally, and an impressive 880% increase in users in 2021.

According to a major study by PwC, blockchain has the potential to add US 1.76 trillion in business value by 2030 through solving major economic challenges, including our chaotic supply chains and  This isn’t a fringe technology isolated to one side of the political divide – it’s an innovative new economy, and one that leaders in other countries are taking very seriously.

Conservative governments in Australia and the United Kingdom are heavily leaning into cryptocurrency, with the UK now seeking to brand itself as the “crypto capital of the world” and attract international capital through clear regulations and innovation-supporting policies.

In the US, some crypto supporters, like Texas Governor Greg Abbott and Wyoming Senator Cynthia Lummis are Republicans – but many others, like New York Mayor Eric Adams and Arizona Senator Kyrsten Sinema, are Democrats. Despite left-leaning politicians being less friendly to Bitcoin mining’s energy use, representatives both parties are moving the country towards clear crypto regulations and faster industry growth, such as through the bipartisan Senate Financial Innovation Caucus.

It’s time for our major parties in Canada to adopt the same collaborative approach to blockchain. It’s essential for our competitiveness in the global economy, our attractiveness to external investors, and our ability to solve many of our own internal business challenges.

Last February, Calgary Nose Hill MP Michelle Rempel Garner introduced Bill C-249: An act respecting the encouragement of the growth of the cryptoasset sector, with the goal of establishing a platform for exactly that kind of collaboration. The act would ensure that the leadership of every province and territory, representing both major parties, engaged in collaboration with the blockchain industry to build a national framework for growing our digital economy.

Blockchain will play a significant role in shaping Canada’s future. It’s a technology with the power to enhance our economy and lives, and we’re fortunate to have a strong Canadian ecosystem of companies and researchers that will support our leadership in this space. It doesn’t belong to any political category, and we can’t continue to allow it to be a partisan issue, or the very universal benefits that blockchain has for our country could be lost.