Koleya’s journey toward entrepreneurship, advocacy and leadership in technology innovation began at a young age while growing up in Vancouver, Canada. Raised in a family where business, inventiveness, critical thinking and finance were imbedded in the fabric of daily life, her curious and creative nature was fostered in a supportive home environment.

The largest influence in Koleya’s development was her father, Darsell Karringten, a gifted entrepreneur and inventor who identified her talents early on. He sought to expose her a wider world of ideas and experiences, including taking her to see world-renowned business speaker Jim Rowan at just 11 years old. Valuing both her social and business progression, Darsell enrolled Koleya in etiquette courses when she was 5, and spent countless hours instilling her with his strong business ethics and ideals.

“My father was an incredible businessman, but even more so, he was an exceptional human being. The ethical and moral values he taught me have always been a guiding light in both my career and personal life – and his vision of a better world continues to inspire me to keep moving the dial forward.” 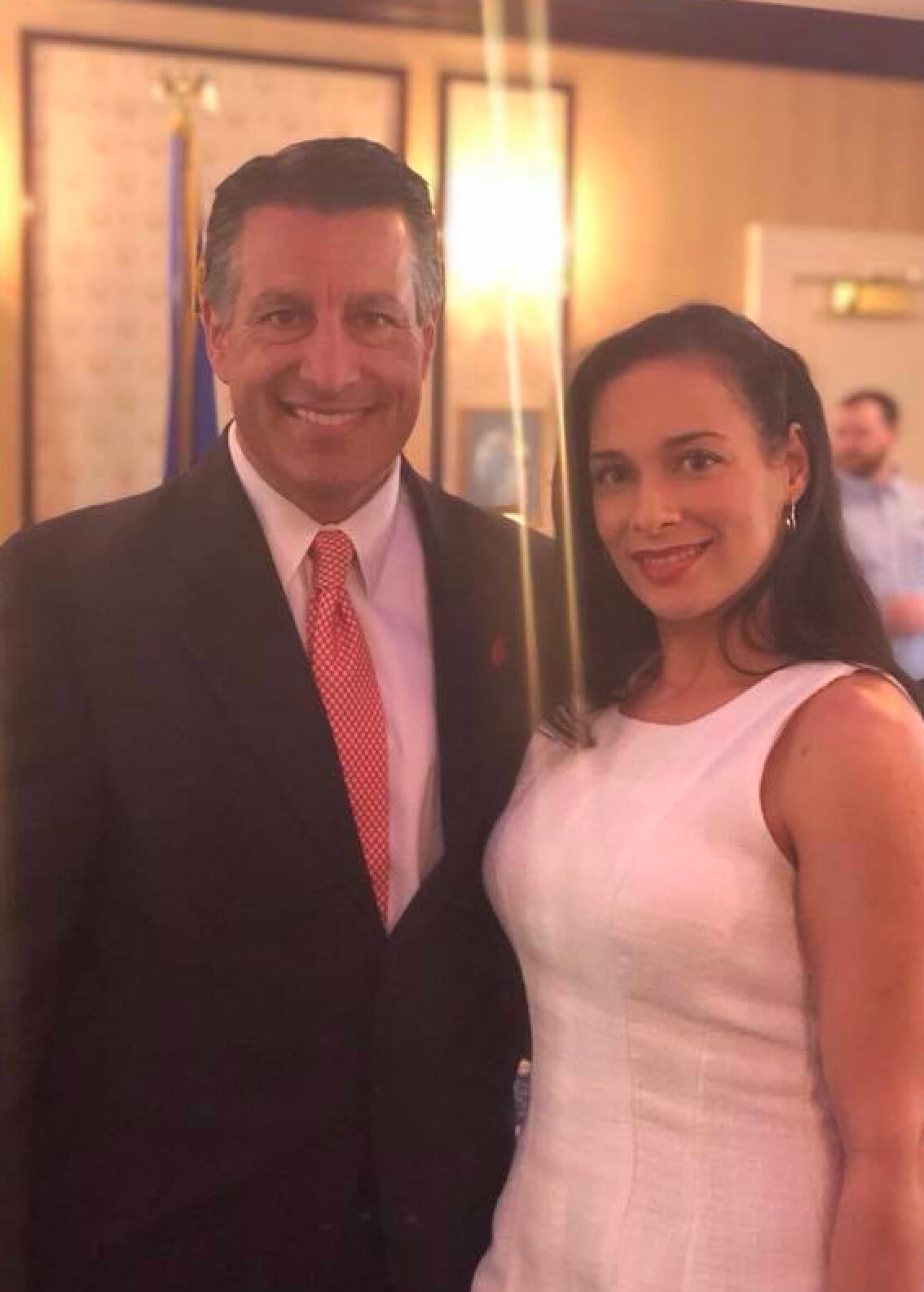 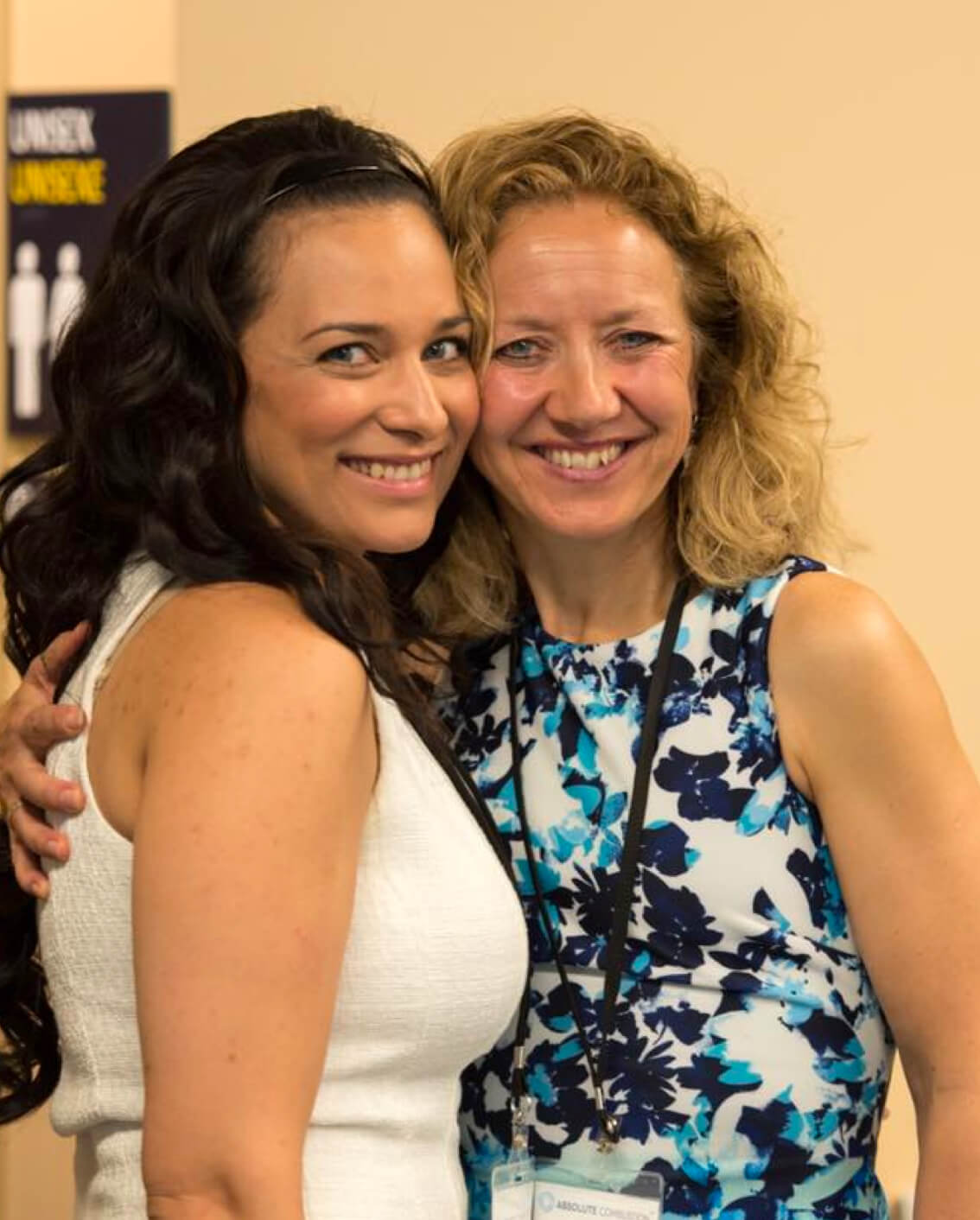 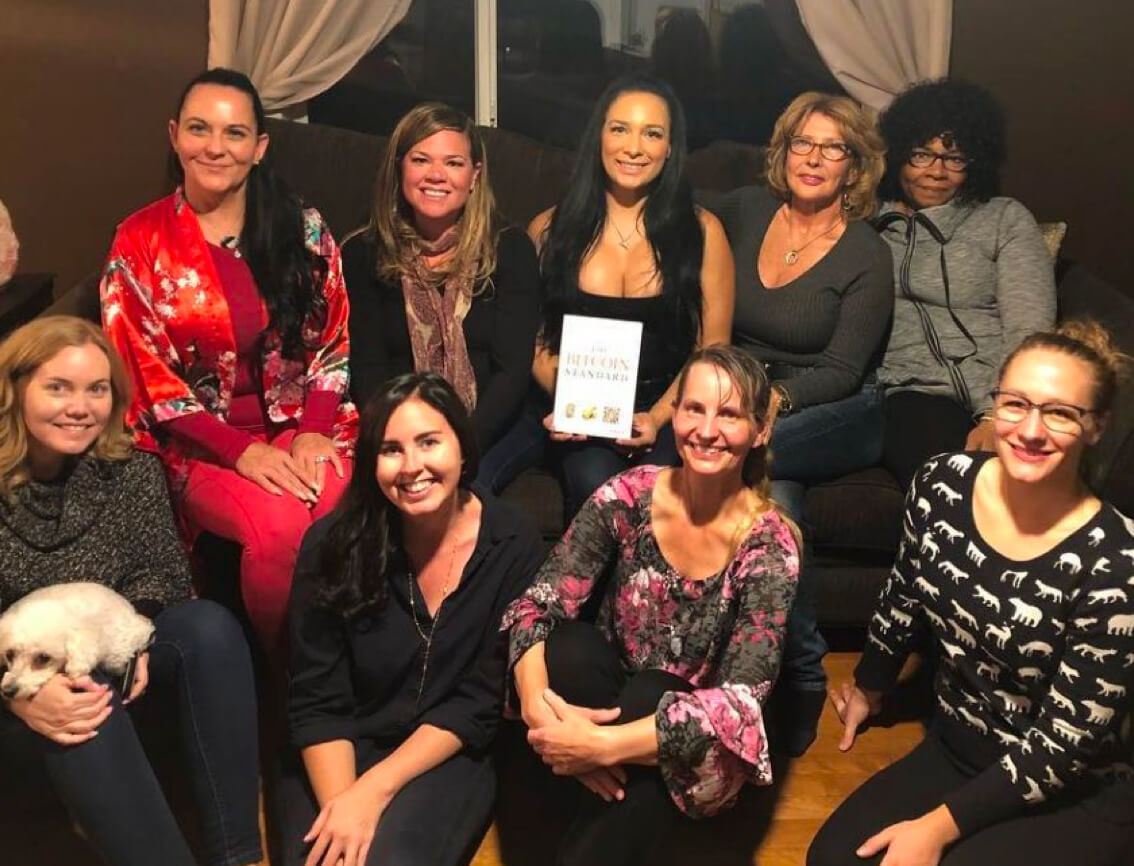 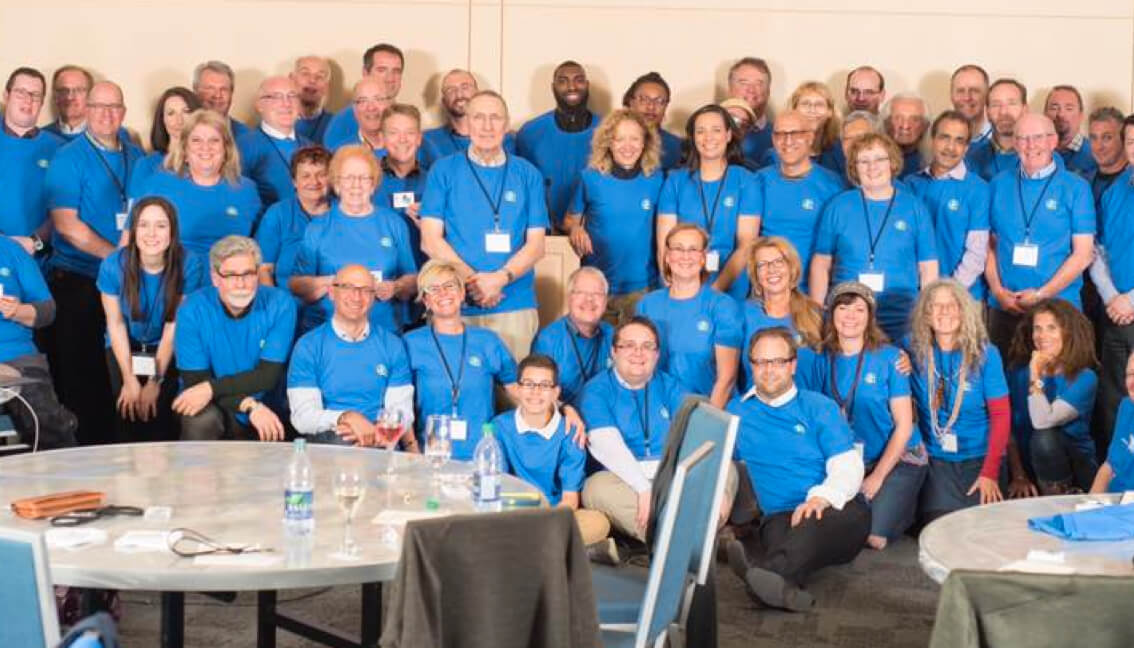 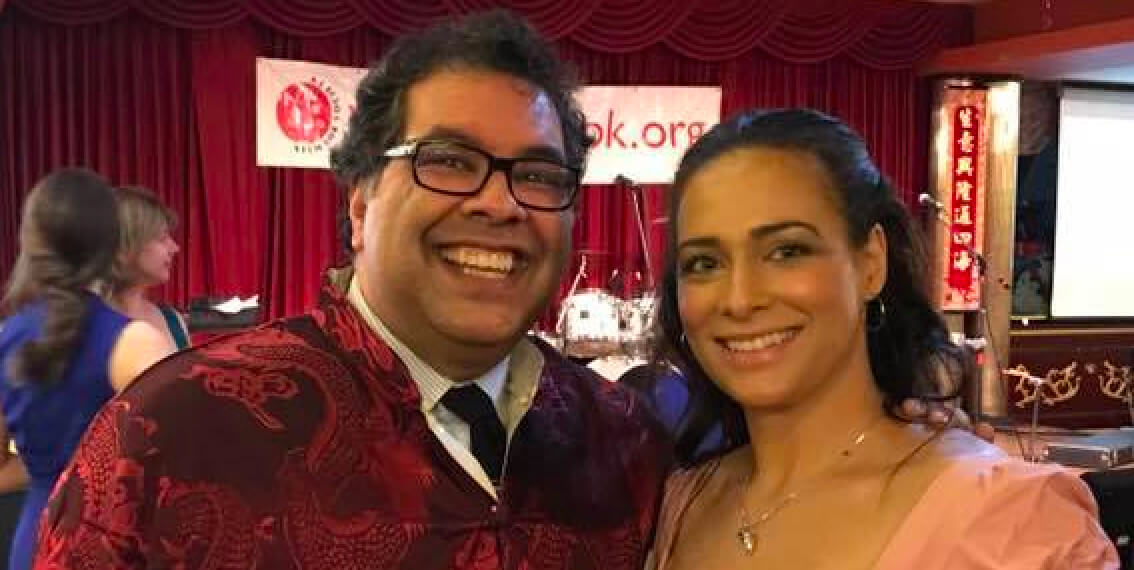 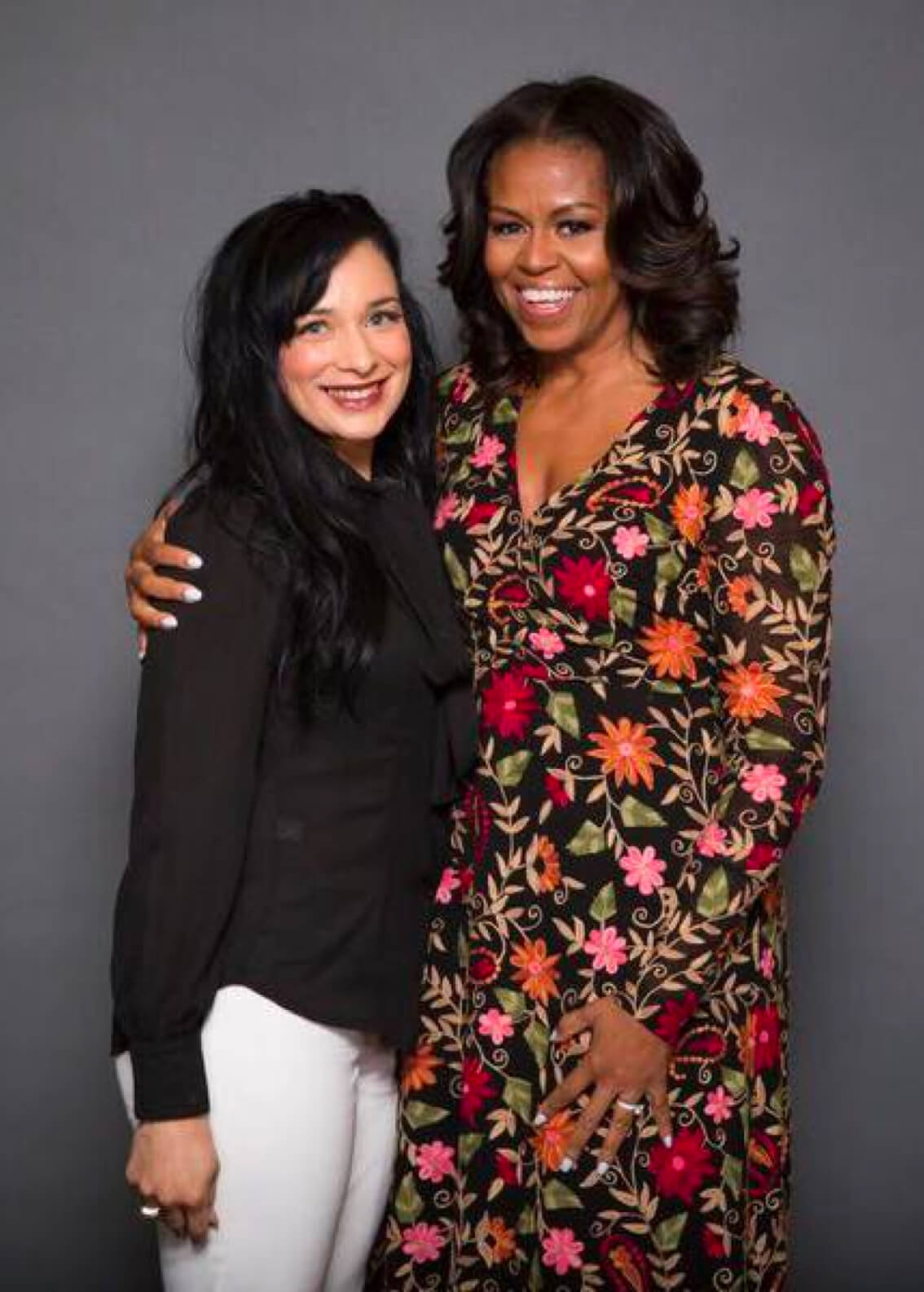 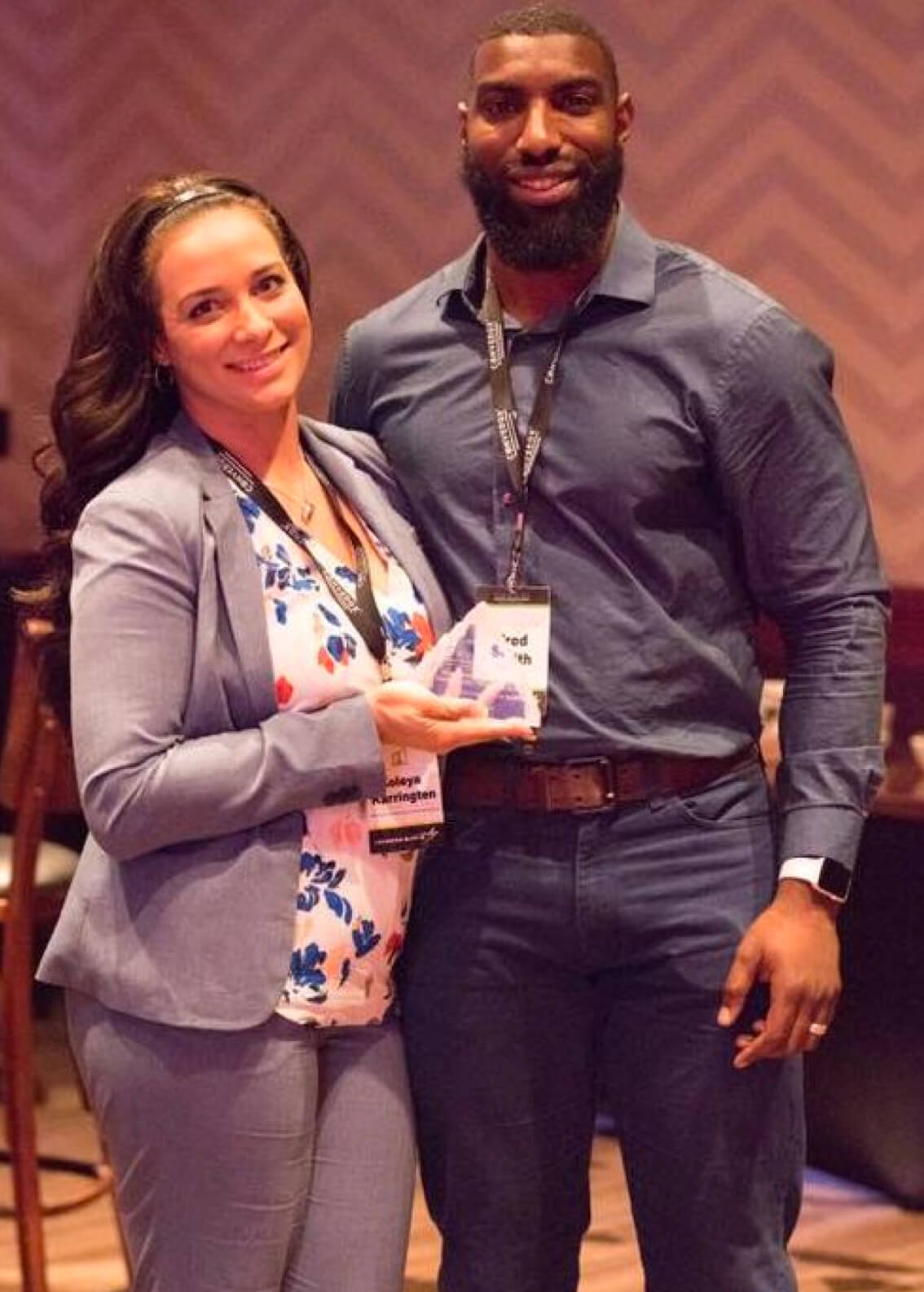 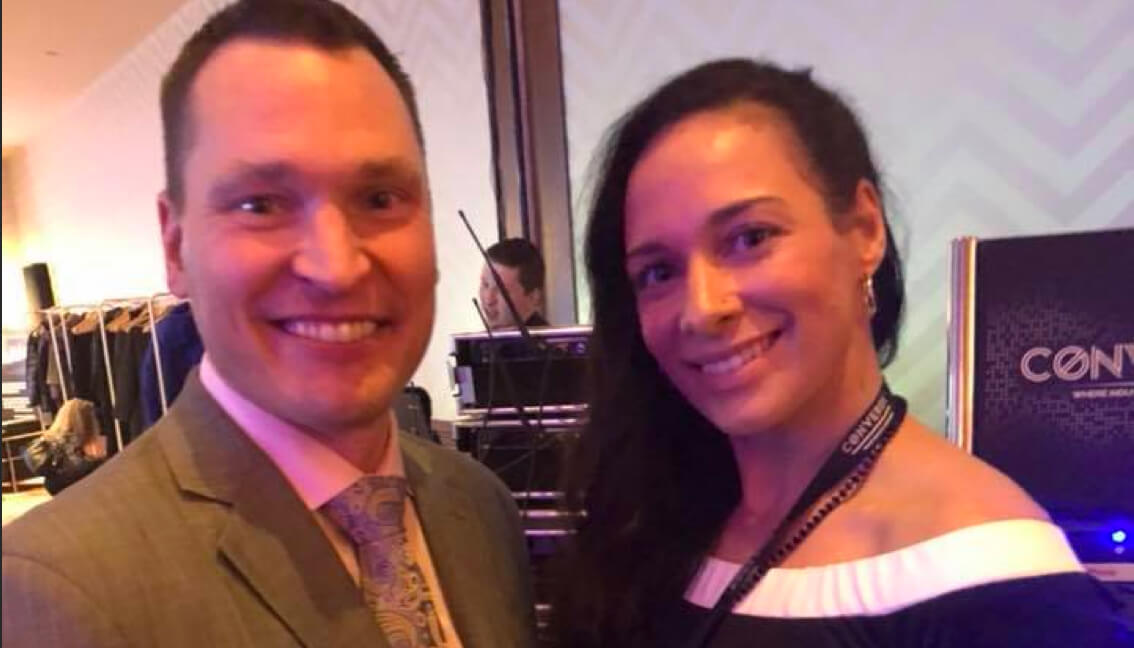 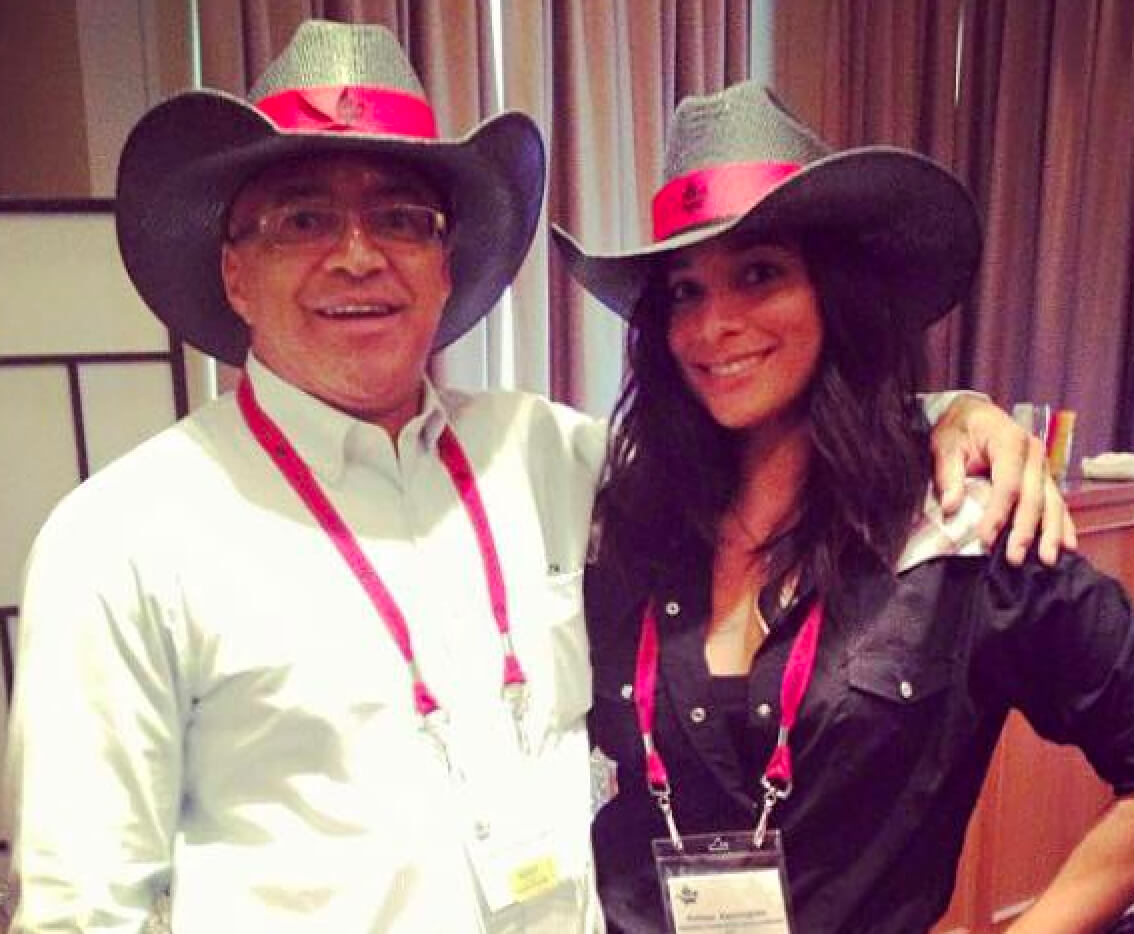 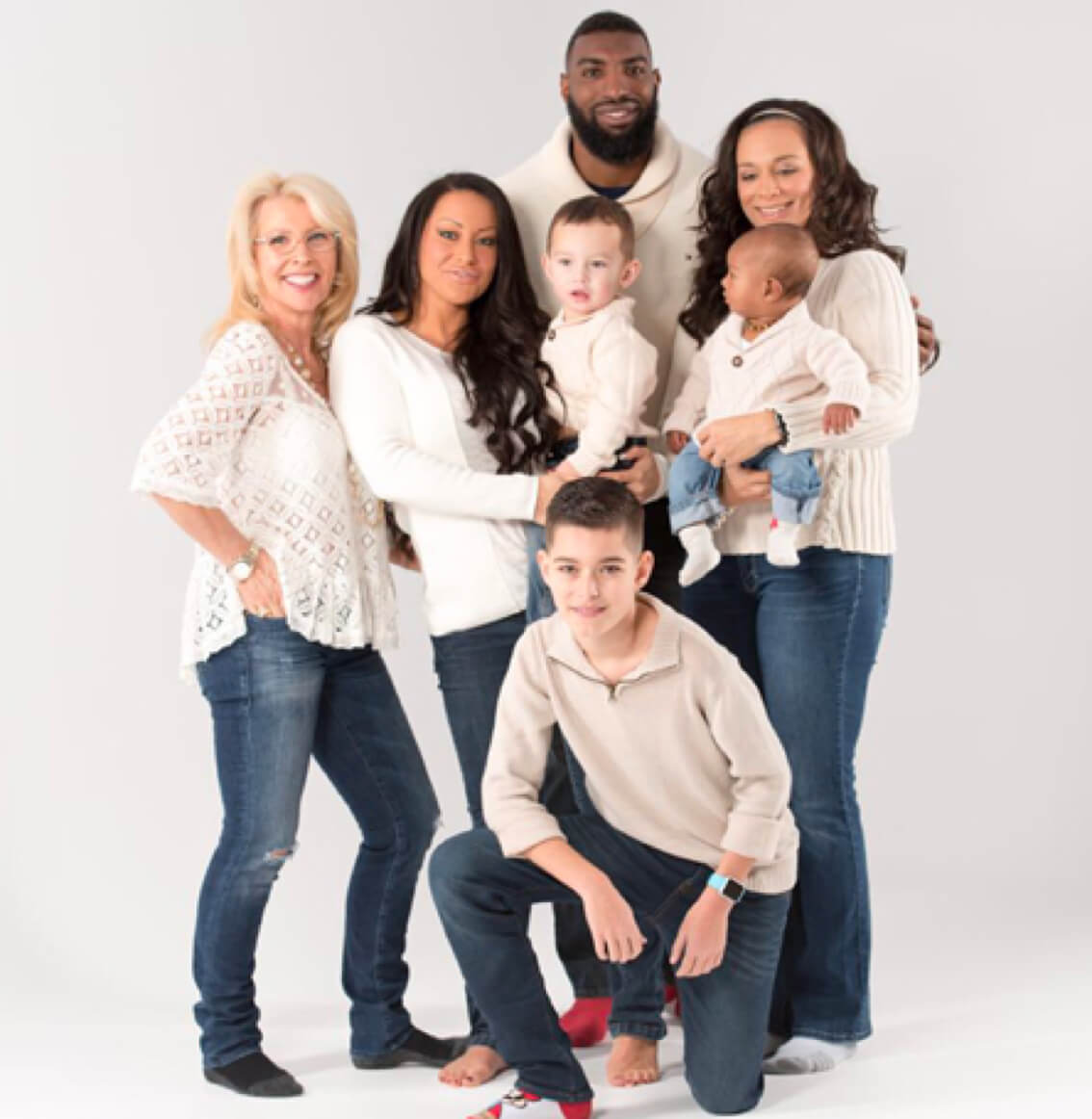 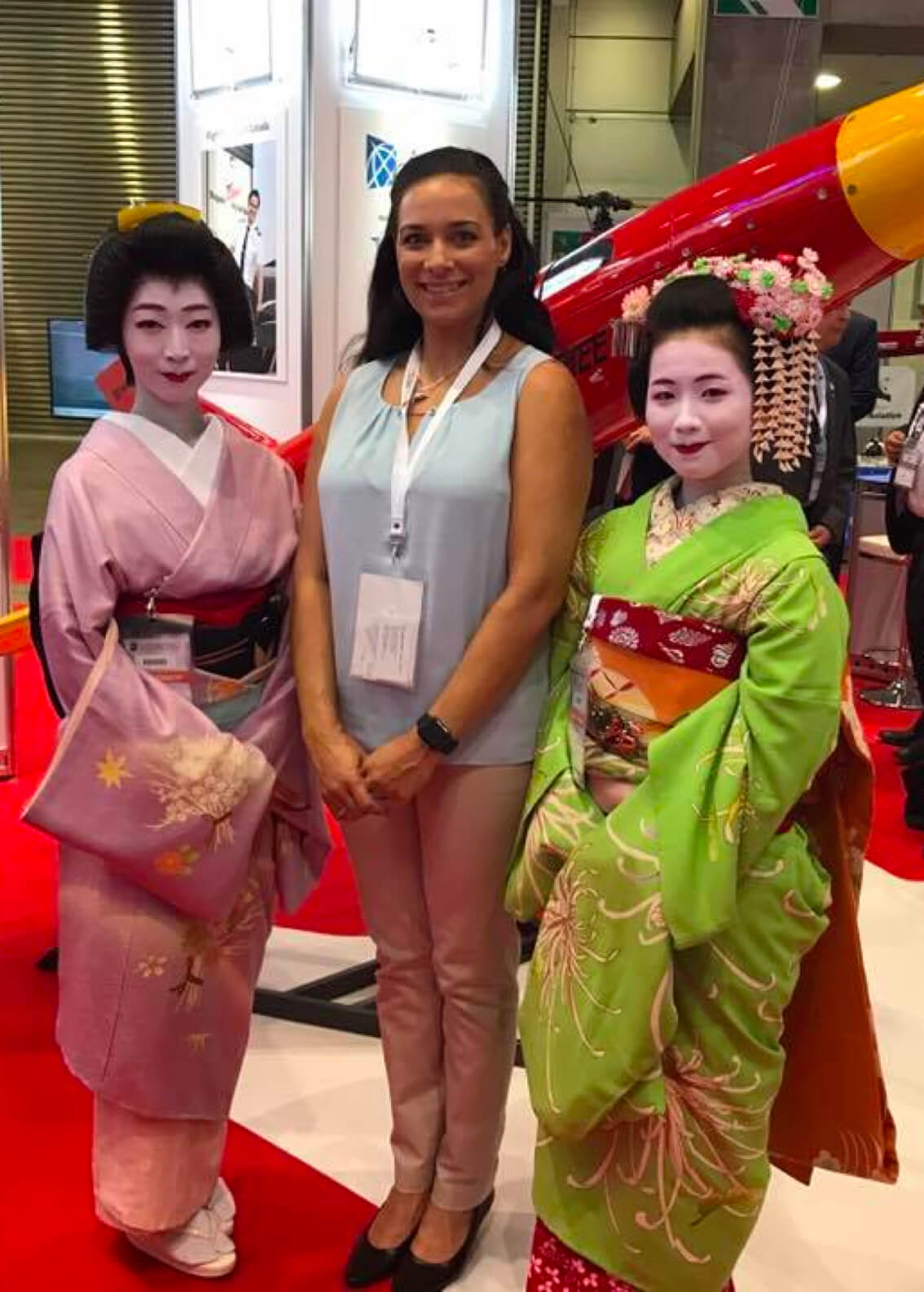 Koleya’s childhood exposure to valuable information and ideas helped form her path towards becoming a leading female business developer, and her father also ensured that she had the practical tools and knowledge to embark on the step-by-step process of reaching her objectives. She was given access to financial planners, successful executive mentors, and continually encouraged that the powerful combination of drive and discipline was key to reaching any goal she chose to strive for.

Since she could remember, Darsell had always expressed an interest in partnering on starting a business together, and one life-changing but happy event acted as a strong motivator to make his vision a reality. At the age of 21, Koleya became a single mother to a baby boy, and with the new responsibilities and pressures of parenthood, her career success became even more critical.

Based on an idea generated by their shared environmental ideals and interest in emerging technologies, both father and daughter worked intensely to establish Absolute Combustion International Inc. (ACI), which has grown to become one of Alberta’s most innovative cleantech companies and is setting new industry standards for reducing greenhouse gas emissions, improving fuel efficiency and enhancing safety in industrial heating.

Like many other ground-breaking technology companies, Darsell and Koleya’s vision for ACI began as just an idea sketched out on a piece of paper. Industries are often revolutionized by the discovery of better solutions to their most basic problems, and ACI’s core concept was a modification of an old, outdated combustion design that had seen little improvement in decades. Combustion burners used in heating and power generation are typically inefficient, have high levels of emissions and use large amounts of diesel or other fuel. The patented invention behind ACI’s technology was a significant improvement that could offer a cleaner, safer and more cost-effective way of combusting fuel. Over a decade-long process, Darsell and Koleya’s idea on a piece of paper was transformed, though dedication and hard work, into a commercially viable product with major industry partnerships.

Throughout it all, Koleya had to learn to balance the struggles of single motherhood with the heavy demands of entrepreneurship, and the uncertainty involved in trying to bring a completely new technology to market. Tragically, her father passed away after fighting a brave battle with cancer when she was 31, and in her grief, she was thrust unexpectedly into sole leadership of the company.

While losing her father and mentor was incomparably difficult, Koleya was determined to keep his dream and legacy alive and prove to herself that success was in reach even in the worst times of hardship. She rose to the challenge, taking to heart all the important lessons he had taught her over three decades and pouring everything she had into ACI’s development. As she found her footing and began generating new opportunities, her confidence in herself and optimism for the future of the company grew.

Koleya knew that ACI was on the right track when the Government of Alberta expressed interest in having her as a speaker at national and international energy and technology conferences. Being able to showcase the technology that she and her father had built while representing Alberta’s innovative and entrepreneurial spirit to a global audience helped her develop as a public speaker and advocate for women in technology, which began to play larger roles in her career.

During this time, approximately two years after her father’s passing, she had made a landmark achievement in ACI’s maturation – reaching full commercialization of a combustion burner in the oil & gas industry. This success was due to a close partnership and friendship with Suzanne West, founder of Imaginea Energy and a highly respected trailblazer for environmental sustainability and women in energy technologies.

She worked closely with Koleya and endorsed ACI’s technology strongly enough to provide early-stage investment, facilitate partnerships with major producers, assist in conducting field trials, and act as business advisor. Much like her relationship with her father, Koleya took incredible lessons from Suzanne – and tragically, lost her in a similar manner just a few short years later. By this time, increasing financial pressures on the energy sector meant that ACI had already begun a new path – and it was one Koleya could never have never anticipated.

“Suzanne lived by what she called the ‘3 P’s’ – people, planet and profit, in that order. She also taught me that being an entrepreneur might be one of the hardest jobs there is, but its not a zero-sum game. You can still have a life – be a mom, a wife, and a friend – and balance it all, just as long as you’re willing to work harder than you ever thought possible.”

markets for its combustion burner, an opportunity appeared in an unexpected place – aviation. In 2016, ACI began a partnership with the Edmonton International Airport (EIA) to develop a superior heating solution for aircraft. With backing from investors and Alberta Innovates, ACI was able to design, prototype and build a highly efficient aircraft heater with significant cost and environmental advantages over existing competition.

Unusual for an airport, the EIA had so much faith in the partnership that they worked at every step of the way to co-develop the product, so much so that the airport is named on the patent.

The EIA helped Koleya understand stringent aviation compliance standards, organized successful field trials, and in 2019, make ACI’s first product order of three units. The company has started to gain significant traction with other potential customers and is expanding into the international market in late 2019.

The path of an entrepreneur is rarely simple and direct, and Koleya’s has been no exception. But ultimately, it led to the place her father had dreamed of since ACI’s inception – success in bringing to life a green technology that would help make industry cleaner, safer and more sustainable.

“If your actions inspire others to dream more, learn more, do more and become more, you are a leader.”

Koleya’s strong motivation, ingrained passion for learning and intuitive ability to make connections between like-minded people has led her to become an accomplished public speaker, active leader in Alberta’s technology sector and passionate advocate for diversity and inclusion in business.

In addition to her role as ACI’s CEO, she is the Executive Director and driving force behind the Alberta Blockchain Consortium (ABC), the province’s main ecosystem organization for the exciting and fast-growing blockchain technology industry. Always keenly interested in exploring the cutting edge of technological developments, under her leadership the ABC hosts numerous high-profile events, engages with industry and government, and takes an active role in promoting blockchain applications as a key solution to some of Alberta’s biggest economic challenges.

Her interest and excitement in the power of blockchain technologies and desire to participate in the industry led her to found Bitquest Corp., a digital currency mining firm that believes strongly in supporting the community through education, giving back and supporting other companies in the space. Koleya is also a co-founder and Board member of the Canadian Blockchain Association for Women, where she advocates for women in this emerging industry and engages in industry partnerships and social good projects.

“You should never let anyone tell you that dreaming is useless, because life is useless if you can’t dream”

Her dedication and desire to make a difference have led her to become a sought-after speaker, and she has been featured or published in a wide number of publications, including Alberta Venture, Oil and Gas Magazine, Energy Now, Community Now, Skies Magazine, and many others. Koleya’s industry awards include ‘Canada’s Top Energy Innovator’, ATB’s Innovation Award and ConvergX’s Best Pre-Commercial Technology of 2017.

Koleya credits the influence of her father, family, supporters like EIA and treasured mentors like Suzanne West for the success she has had in realizing her vision for ACI and other ventures. Her innate ability to understand the process of developing a conceptual framework into a revenue-generating business model, along with her love of strategy, product development and ecosystem building have made her a powerful force for change in Alberta’s technology community.

“As I look forward, I see an amazing opportunity for Alberta to use its economic challenges as a lever for transformation. Our province is blessed with so much talent, natural resources and an entrepreneurial spirit found nowhere else I’ve experienced. By uniting as a community, we can build solutions that will become the solid, sustainable foundations for new prosperity”

To get the latest news from me please subscribe to my email. I promise worthy news with no spam.